There are many issues that strike fear among parents of young children including respiratory syncytial virus (RSV) infections. When it comes to respiratory syncytial virus infections, many picture out a child suffering from a non-stop cough or a wheezing or puffing child. While RSV can trigger serious symptoms, it is vital to bear in mind that many children infected with the virus might only have common cold or mild symptoms. Even though many children end up infected with RSV by 2 years old, it is good to note that most do not have serious infections.

What are the symptoms of respiratory syncytial virus infections?

Many children typically develop the symptoms of RSV infection within 3-5 days after being exposed to an infected individual either by direct contact with the respiratory secretions or indirect via contaminated objects.

Always bear in mind that the symptoms of RSV infections can range from a minor clear runny nose and occasional coughing that can be managed at home to severe breathing difficulty that requires hospitalization. The other symptoms include sore throat, low-grade fever, irritability and headache. Young children particularly those below 2-3 years old are at risk for severe symptoms such as wheezing, high fever, persistent cough, difficulty breathing or apnea. 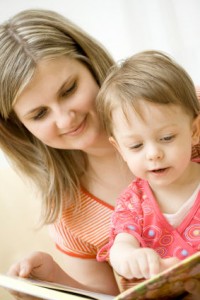 Young children particularly those below 2-3 years old are at risk for severe symptoms such as wheezing, high fever, persistent cough, difficulty breathing or apnea.

Even though testing of the nasal secretions can detect the RSV virus, the diagnosis is typically made by the pattern of the symptoms, particularly if he/she has a cold or wheezing. The testing has oftentimes proven to be useful when the child is hospitalized for infection and quarantine purposes.

It is important to note that the treatment for RSV infection is considered controversial. Some doctors treat the infection in an aggressive manner particularly the wheezing with nebulizer treatment along with steroids. On the other hand, other doctors feel that there is no effect at all. Some utilize breathing treatments and only continue if there is good response.

Children who experience breathing difficulties require hospitalization for administration of intravenous fluids and oxygen as well as respiratory support on a ventilator. An antiviral drug is available but only used on seniors or life-threatening cases but its use is regarded as debatable.

For children with mild symptoms, a cold and cough medication along with pain and fever medications and a cool mist humidifier can help the child feel better until he/she gets better on his own.

Just like with other viruses that can trigger common cold, it is possible to end up with RSV more than once. Do not forget that there are other viruses aside from RSV that can instigate bronchiolitis including the flu as well as parainfluenza virus infections.