Foreign objects in the rectum

What are the indications of a foreign object in the rectum?

Abrupt, intense pain during bowel movement indicates that a foreign object usually at the anorectal junction is penetrating the lining of the anus or rectum.

The other indications might depend on the shape and size of the object, how long it has been there and if it has perforated the rectum or anus or triggered an infection.

How is it diagnosed

The doctor can feel the object by probing using a gloved finger during examination. In some cases, abdominal examination, sigmoidoscopy and an X-ray might be required to ensure that the wall of the large intestine was not perforated. 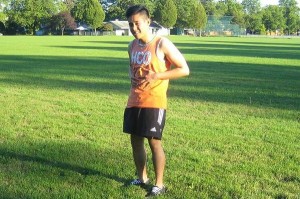 Abrupt, intense pain during bowel movement indicates that a foreign object usually at the anorectal junction is penetrating the lining of the anus or rectum.

Once the doctor can feel the foreign object, a local anesthetic is typically injected under the skin and lining of the anus to make the area numb. The anus can be spread wider using an instrument called a rectal retractor and the foreign object can be held and removed. Oftentimes, the doctor will provide general anesthesia which relaxes the anus and allows the object to be removed without involving surgery. The natural movement of the walls of the large intestine will bring a higher foreign object down, which allows removal.

In some cases, if the doctor could not feel the object or if it could not be removed via the anus, exploratory surgery might be needed. The individual is given a regional or general anesthesia so that the object can gently move to the anus or that the rectum can be sliced open to get rid of the object.

Once the foreign object is removed, the doctor will perform sigmoidoscopy to check if the rectum has been perforated or otherwise damaged.