What are eye floaters?

Eye floaters are considered as an annoying visual disturbance. In most cases, a few floaters that occur in the line of vision are not harmful, but occasional floaters especially those that are large in size and numerous that develop abruptly can indicate an issue in the back of the eye arising from the retina or vitreous.

Eye floaters are easy to diagnose. You might think that there is something on the eye or in the air. The floaters are quite noticeable when looking at something light-colored and plain such as a white wall.

The doctor can diagnose floaters both from the description of the individual and by dilating the eye and assessing the back part using an ophthalmoscope. There are some rare causes of eye floaters such as inflammation of the eye, thus it is vital to consult a doctor if floaters suddenly appear. 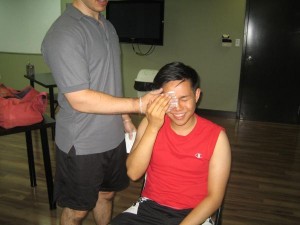 An eye floater is a string or speck that manifest within the line of vision.

What are the symptoms?

An eye floater is a string or speck that manifest within the line of vision. The floaters can move or they may remain stationary. A large-sized floater that does not move can be disturbing, especially if it affects the central part of vision. Generally, the eye floaters move with the eye thus they appear to drift if the individual tries to focus on them. After some time, floaters settle onto the base of the vitreous where they could no longer be seen.

Oftentimes, the eye floaters are accompanied by flashes of light. This indicates that there is a serious issue with the retina and must be carefully assessed by the doctor for possible retinal detachment.

What are the causes?

Management of the symptoms

Eye floaters do not require treatment unless they indicate another underlying issue such as retinal detachment or tear. The detachment and tears require laser or surgical repair to reattach the part of the retina that pulled away.

In case there are several floaters and disturbing, the vitreous can be removed and replaced by saline solution in a process called vitrectomy. Take note that this might not fully eliminate all floaters though.