An infected hangnail can trigger redness and swelling around the fingernail. A hangnail is a portion of skin close to the nail root that appears rough and tattered. They typically form on the fingers and rarely on the toes, but it is likely to have one around a toenail.

The condition is considered common. Most experience it once the skin is dry such as during the winter or after prolonged exposure to water. A hangnail is at risk for infection if exposed to fungus or bacteria.

An infected hangnail must be treated right away. Oftentimes, it can be managed at home. If it does not settle within a week, a doctor must be seen.

What are the signs?

The symptoms of an infected hangnail might arise right after it becomes infected.

The usual signs include the following: 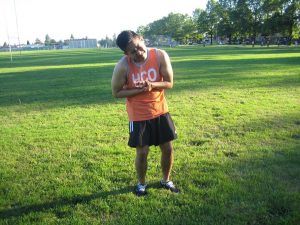 A mild or moderate case of an infected hangnail can be managed at home.

If not promptly treated, it can result to discoloration or an infection that can spread to other sites in the body.

Management of an infected hangnail

A mild or moderate case of an infected hangnail can be managed at home. Some of the measures in caring for the condition include the following:

Avoid ripping off the hangnail since this can worsen the condition. In case the symptoms worsen or do not subside in a week, a doctor must be seen.

What is the outlook?

Hangnails are considered common especially if the hands are dry due to the weather or from prolonged exposure to water. Most cases heal over time without any signs of infection.

The information posted on this page on an infected hangnail is for learning purposes only. Learn about the causes by taking a standard first aid course with Ottawa First Aid.