Wrist tendonitis is a condition that involves the inflammation or deterioration of any of the flexor or extensor tendons that cross the wrist joint. This is usually caused by overuse during certain sports or while at work.

If an individual has wrist tendonitis, the symptoms that will manifest include pain in the wrist along the stiffness in the morning. The wrist is usually tender when pressed in over the damaged tendon. The swelling can be evident over the sore tendon and there is a creaking feeling in the tendon called crepitus that can be felt when the wrist is moved, especially if it is an old injury.

It is important to note that wrist tendonitis is an overuse condition that develops due to constant strain or friction of the tendon. This typically occurs in a tendon that rubs over a bone prominence or when excessive repetitive strain was placed on the tendon. Activities or sports that require constant wrist movements are more likely to contribute to the development of this type of tendonitis. 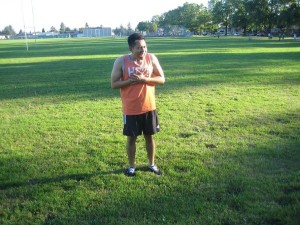 If an individual has wrist tendonitis, the symptoms that will manifest include pain in the wrist along the stiffness in the morning.

If an individual is suspected with this type of tendonitis, he/she must take a break from aggravating activities. If the affected wrist is still being used even if it is painful, it will prevent the healing process and worsen the injury. Remember that a chronic injury that was not treated early is harder to manage.

A wrist support or splint is recommended along with rest, especially for those who need to use their hands. With the immobilization of the wrist, the tendons will no longer work hard and have a chance to heal.

Cold therapy can also help reduce the swelling and pain particularly during the initial days of the condition. If an ice pack is used, every application must be 15-20 minutes at a time and make sure that the ice pack is covered with a clean towel or cloth during the application. Later on if the injury is chronic, use a heat pack is more beneficial.

In most circumstances, the doctor will recommend anti-inflammatory medications particularly ibuprofen. Individuals who are diagnosed with asthma should not use ibuprofen though. A doctor should always be consulted before any medication is used. If the commonly used treatment options failed, a corticosteroid injection is administered but usually only once. Take note that injecting on the tendons in the wrist and hand will eventually weaken them in the long run.

If all the measures fail, surgery is required. The objective of surgery is to release the affected tendon from its sheath as well as removing adhesions from the tendon in order to allow it to move freely. This will help minimize the friction and deterioration on the tendon.