The biceps femoris is one of the 3 hamstring muscles. When an avulsion strain or fracture occurs, it tugs away the tendon from the bone.

It is important to note that the biceps femoris is commonly injured during sports that necessitate explosive knee bending particularly in sprinting. In case the individual is fatigued or was not able to warm-up properly, a strain can occur to the hamstring. When it comes to biceps femoris avulsion, the tendon is tugged away from the bone along with a piece of it. Remember that injuries to the biceps femoris are more common than the other hamstring muscles.

What are the indications? 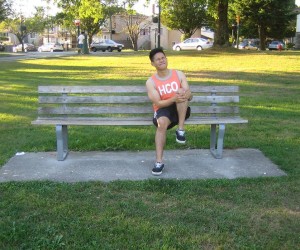 Swelling in the site of the avulsion where the tendon links to the bone at the rear part of the knee.

A biceps femoris avulsion typically occurs when an individual is engaged in rapid or explosive movement involving knee extension and hip flexion.

Management for a biceps femoris avulsion

Once an individual ends up with a biceps femoris avulsion, there are treatment measures that must be considered.

The individual should take time to rest along with cold therapy and compression as soon as possible.

An ice pack should be applied for 10-15 minutes at every hour during the initial phase. In some cases, the injury might be mistaken as a minor tendon rupture at first but once an X-ray is taken, it indicates an avulsion fracture.

For minor cases, conservative treatment is enough in managing the avulsion which includes a period of rest followed by strengthening and stretching exercises. As for serious injuries, the knee is bent at 90 degrees for several weeks as it heals. In severe cases, it might require surgical repair however, the recovery after surgery might that a longer time.

The information posted on this page on biceps femoris avulsion is for learning purposes only. Learn to recognize and manage muscle injuries by taking a standard first aid course with Ottawa First Aid.