Difference between active and latent tuberculosis

It is important to note that tuberculosis has two forms – active and latent.  When it comes to active tuberculosis, it initially develops in the lungs but can also affect other parts of the body. Among young children and infants, disseminated active tuberculosis is quite common which usually affects many body systems at once and can be lethal. If you want to learn more about this condition, read here.

What are the symptoms?

An individual with latent tuberculosis is infected with Mycobacterium tuberculosis but there are no signs or symptoms and not contagious. Those who have active tuberculosis have symptoms that includes coughing up blood, chronic cough, fever, chest pain, weight loss, fatigue, loss of appetite, night sweats and chills.

Once tuberculosis affects other organs, specific symptoms can manifest such as leg paralysis, joint pain, back pain, headaches as well as blood in the urine, nausea or painful urination. As for disseminated tuberculosis, the entire body is involved and the symptoms manifest in different organs and systems at the same time. 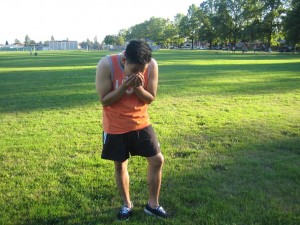 When it comes to latent tuberculosis, it develops once an infected individual develops an immune response that walls off the bacteria in the lungs using granulomas. These granulomas contain bacteria and infected cells for extended periods. If the bacteria within the granulomas do not die, they can escape later and trigger to an active state.

As for active tuberculosis, the bacteria released from the granulomas reproduce quickly. If it spreads into the blood, it can travel to various parts of the body resulting to disseminated tuberculosis.

Progression of the disease

The ideal way to diagnose latent tuberculosis is through a skin or blood test. The tuberculin skin test or Mantoux test can produce false-negative or false-positive results, thus follow-up test is required.

The blood test can provide an accurate result which measures the reaction of antibodies in the blood to the tuberculosis antigen. Take note that active tuberculosis can be diagnosed with a combination of blood or skin test along with the observation of symptoms that indicate the presence of the disease. If needed, a chest X-ray and other scans are performed to check the lungs.

The treatment for latent tuberculosis is usually given in the form of isoniazid which is taken for 6-9 moths to completely eliminate the bacteria. As for an active infection, it is treated with a combination of four medications – rifampicin, isoniazid, pyrazinamide and ethambutol. These are taken up to a year in order to be effective against the disease. In some circumstances, the tuberculosis might be a drug-resistance strain and the treatment should continue on a daily basis up to two years.